Biggest and “baddest” stance Car Show just passed this weekend ad we were there to make yet another event coverage this year. Raceism is an event with cars participating from 24 countries. From UK to Russia, all at the same place, Stadion Wroclaw, Poland.

This Raceism event accommodates 1,000 of modified cars, handpicked from more than ten thousand applications received prior to the event. It took 9 years for organizers to get to the stage at which the event is right now.

Last year we went to a Western festival for the first time, and that one was a large-scale Grounded in Sochi.

We shipped the car by rack car to Moscow, and then from Moscow to Sochi.

Then it was a kind of discovery to us, because earlier it seemed a bad idea.

Cause between us, there were 5000 kilometers of Russian roads, and we could hardly believe that we’d find ourselves there with our car. Bytheway, thattimewegottotop16.

It was Sochi where we had a talk with Adrian  (Raceism organizer), There he was a guest and a referee at the same time.

He asked some questions about the way we do it, the way we draw and design, said that he liked the style very much, and that he would be glad to see us at their festival. (At least, I interpreted it this way).

It was that very moment when we first began to think about going to Poland.

Sounds funny, but the only thing that stopped us, was Lexus itself, because we were ready to sell it – cause we didn’t want to leave this project for the next year.

But, strangely enough, we couldn’t sell it either in autumn or in winter. In spring, buyers showed great interest in the car, but we, realizing that there was no sense to sell it, because we won’t have enough time to create anything new, stopped its sale and began to get ready for the next season.

Instead of SSR TF-1 we assembled new wheels on SP— 3 centers, as usual, thanks to our friends Greatwheels, and the tires were replaced with Toyo Tires Proxes R888R.

Instead of the old front bumper, we made absolutely new one, of our own design (you can read about it in our previous entries).

Special attention was paid to cooling of anchor, which got pronounced windows in carbon cover, which covers original grate from 3IS.

To prolong the side line with carbon baffles, we supplemented the bumper with carbon splitters.

I was happy that we could get together a big company of friends from Krasnoyarsk, Novosibirsk and Moscow for our trip to Poland, and we brought not only our car, but also the top-notch static Mark2 in 100 body of Alex Fyodorov’s car, who, just fancy, is the top 1 of our Siberian festival – Shishki.

Between Krasnoyarsk and the city of Wroclaw  (Poland), where Raceism is held, there are 5800 kilometers, so we decided to shorten this distance by shipping the cars by the rack car to Moscow. We have already had such experience, as well as trusted people capable of doing it.

We had only to fly to Moscow and, after travelling for 1800 kilometers through nice roads of Russia, Belorussia and Poland, to get to the festival.

We travelled with frequent stops and at low speed (we had to watch wear-out of the tires and their temperature on Mark, and sometimes solve small problems).

Thus, within two days, we got to the Polish border and, after spending a bit more than five hours, crossed the border.

At that time, we were in a rage with such a loss of time, but, as it turned out later, in vain, because some guys from Russia couldn’t cross the border for several days.

We were happy with the attitude of the Polish border guards — they treated everything with smile, asked where we were from, if we went by these cars in our country, and if they can collapse.

After a short conversation with fingers and pronouncing expression which doesn’t need interpreting: “Damn you”, they put their stamps.))

At the festival itself, there were about 1000 cars and the budget of some was ten, even hundred times higher than ours.)

Sure, in a while, everything was cleared up, and we felt like home because the atmosphere was very friendly.)

I’m glad that the referees noticed our project, and we could get to top 16 – this is a great achievement among such number of projects.

All in all, now it is the best thing we have seen in our lives, and the event we’ve taken part in. I hope we can experience these emotions again at other festivals where we’ll surely go next year.

The photos were taken from the well-known website Speedhunters.com 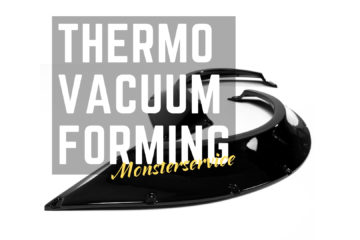 At the moment we cannot ship by post service to following countries - Poland, Japan, New Zealand, Australia. You can use DHL. There are no restrictions for other countries. We ship every week. Dismiss